Showing posts with the label STAAR
Show all

An Introduction to Gender Stereotypes 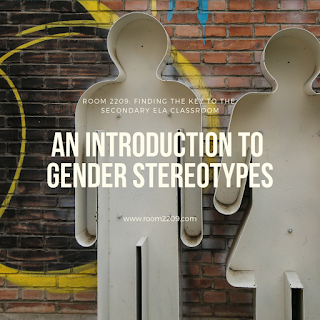 I'm not going to get on my high horse about what happened to Cracked.com.  That isn't what this post is about.  It is, however, a post about one of their articles that I've been teaching for a while. The 6 weeks before STAAR become STAAR prep.  Therefore, all of the units that we work on become debatable thematic units.  The first one I usually tackle is gender stereotypes.  For some reason,  it is super engaging (more than I thought it would be) and the kids enjoy tackling an issue that is very much applicable to them.  However, they don't understand that gender norms are a fluid thing.  The things that we have come to associate with a particular gender aren't the things that have always been associated with that gender. Back on track... ... I start my unit off with an article from Cracked called  5 Gender Stereotypes That Used to be the Exact Opposite  as an introduction to the above idea.  It does have bad words in it (I print out an edited version for m
Read more 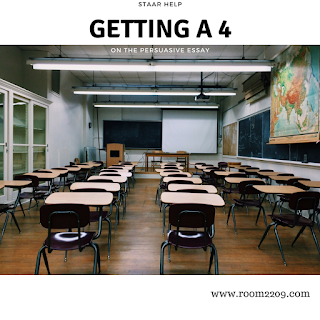 Is everyone feeling it?  That current of tension that runs through the English Department right before the STAAR test?  I'm feeling it again, and I have to admit that, this year, it's getting to me. But this post isn't about that. This post is about something I created. I wanted my kids to understand the key term UNIQUE in the STAAR rubric.  And so I created a worksheet where kids can reflect on what made each of these 4s unique and how they can incorporate that uniqueness into their own writing.  Since we're all a little burnt out on the right vs. wrong mentality, I made this worksheet subjective.  As long as their answer is thoughtful and shows true reflection, they receive full credit. Click here for the worksheet.
Read more 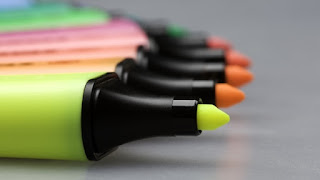 One of the biggest issues we have in getting prepared for the STAAR is the writing portion of the test.  Lucky for us (or unlucky; the tides have yet to determine) they took the analysis paragraph away, so when it comes to writing, I can put all my energy into the persuasive essay. Before  ABYDOS , my students had written an essay for timed writing.  We had done a two week unit on over overcoming adversity and the essay was the conclusion.  I was worried about feedback, convinced I don’t dedicate nearly enough time on the idea, convinced that it’s probably the most important element in getting them to where I need them to be, convinced that maybe, just maybe, that was the reason they’re all horrible at writing. However, during ABYDOS, I went to a session where she explained that her Pre-AP students were having some of the same problems mine were.  She also expressed the power of visual learning and color. She has the students self evaluate using highlighters.  Yellow= trans
Read more
More posts